7131 Anakin's Podracer
Padmé Amidala, born as Padmé Naberrie, was the queen of Naboo during the Trade Federation blockade of the planet. She later became the senator of Naboo for 6 years, until she took time off to be a mother. Padmé was the wife of Anakin Skywalker. They had two children: Luke Skywalker and Leia Organa Solo. Padmé died on Polis Massa when she lost the will to live after being choked by Anakin. She is the only main character from Revenge of the Sith to not have had a playable character in the Revenge of the Sith levels of Lego Star Wars: The Video Game.

Padme became queen of Naboo when she was only 12 years old. When she was 14, she helped stop the Viceroy Nute Gunray from invading Naboo. After her 4-year term, she became senator of Naboo with Jar Jar Binks. In 22 BBY, when she was 24, she married 19-year old Anakin Skywalker. She went on multiple adventures during the Clone Wars, and in the final year, she became pregnant with twins. She revealed this to Anakin after the Battle of Coruscant. On Mustafar, she was choked by Anakin after he saw Obi-Wan Kenobi aboard her Nubian ship. On Polis Massa, she died giving birth to Luke and Leia. 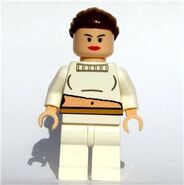 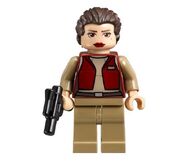 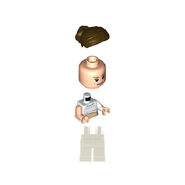 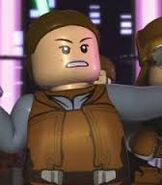