Lego Star Wars Wiki
Register
Don't have an account?
Sign In
Advertisement
in: Planets, Battle of Naboo, Planet,
and 2 more

Naboo was a planet that was blockaded by the Trade Federation in 32 BBY. It was the homeworld of Palpatine, Jar Jar Binks, and

Padmé Amidala. It is also the planet home of the Gungans. The world is covered in beautiful plains, enormous waterfalls, large seas, and thick forests and swamps. It is very famous for the Battle of Naboo, between the natives of the planet and the Droid army in the Trade Federation. The end result was the victory and freedom of the planet by Obi-Wan, Anakin, and Padmé and the death of Darth Maul and Qui-Gon Jinn

A replica of Naboo Palace in Legoland

A replica of the droid army during the Battle of Naboo, which can be seen in Legoland 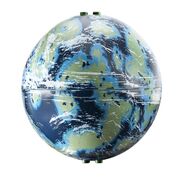