Ewoks were short bipedal furry humanoids that inhabited the Forest Moon of Endor. They wore hoods and weren't technologically advanced. A few noticeable Ewoks include Wicket, and Paploo.

The original minifigures had only one or two colors on their bodies. One of them was all brown, while another one was brown with a tan face and hood.

In 2009, LEGO began printing the Ewok minifigures with much more detail. The minifigures' hood color was separate from the face and ears, as well as having different coloured eyes and nose. Even more detail was later added, to create the appearance of strings and other extra vanity items. 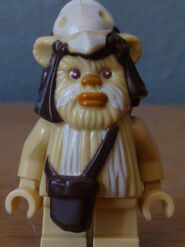 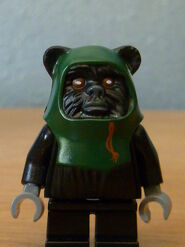 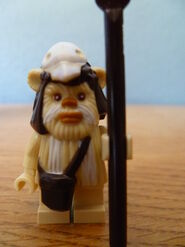 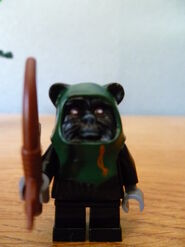 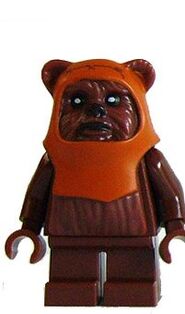 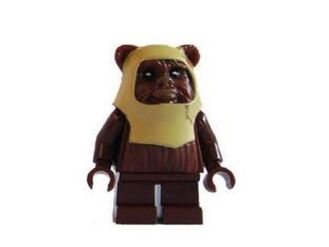 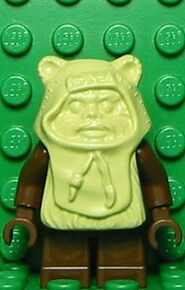