Lego Star Wars Wiki
Register
Don't have an account?
Sign In
Advertisement
in: Episode I, Sets, 2002,
and 5 more
English

Jedi Defense II, item 7204, is a small set and included 52 pieces. It includes a Security Battle Droid, a Battle Droid Commander, Qui-Gon Jinn and a door that really opens. It is closely related to the set Jedi Defense I, which features Qui-Gon's padawan Obi-Wan fighting two Droidekas.

This set added with the Jedi Defense II, was to portray Obi-Wan Kenobi and Qui-Gon Jinn battle Security Droids lead by a Commander Battle Droid outside the blast doors leading to the bridge of the Droid Control Ship. After dispatching the Battle Droids, Qui-Gonn attempted slice through the blast doors with Obi-Wan as his vanguard. Qui-Gonn would have broken through if it wasn't for the timely arrival of the Destroyer Droids or "Droidekas" that ambushed them and forced them to retreat. 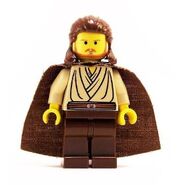 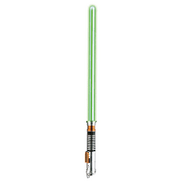