Lego Star Wars Wiki
Register
Don't have an account?
Sign In
Advertisement
in: Episode I, Sets, 2001,
and 5 more

Watto's Junkyard is a set released in 2001. This set was originally retailing for $49.99, and includes minifigures Watto and Aldar Beedo. It also includes 2 Podracers, Aldar Beedo's podracer is blue, while Mawhonic's green. Though Mawhonic was not included in the set himself, he appeared in the Lego Star Wars: The Video Game.

junkyard itself isn't all that big its just wattos shop (without a roof ) and wattos counter that he hovers behind.It has some tools at the back (or front) and has other tools in a box on the counter. it also has some junk like the:

whonics podracer stand but you can buy parts to build another one form pick a brick on lego shop .Also mawhonic isn't included in the set, he could have been, he would be making a deal with watto to get his pod rebuilt, who knows he may be in the Character encyclopedia book or in a future podracer set.

The pod itself (when built) is very detailed, it has the flaps that move up and down when you turn (see Star Wars Episode 1 Racer and Star Wars Racer Revenge) it has a cockpit to fit a pilot (you could use watto) preferebly mawhonic but as you know he doesn't come with the set, but there are a few customs out there, check this one out: Lego Mawhonic. Mawhonic's Podracer also appears in the set Mos Espa Podrace.

What will you discover in Watto's junkyard?

Build' a Podracer and other cool machines with the "junk" you find. But prepare for some pretty serious negotiations if you want to buy anything from Watto — he's the toughest wheeler-dealer on Tatooine! Set comes with Watto and Aldar Beedo. Ages 8+. 446 pieces. 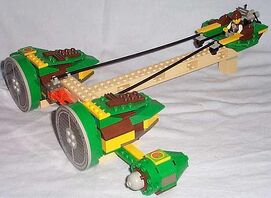 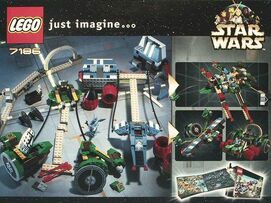 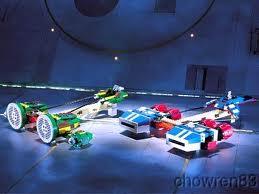 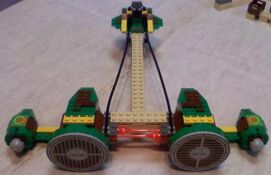 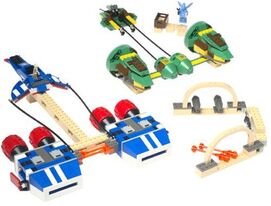 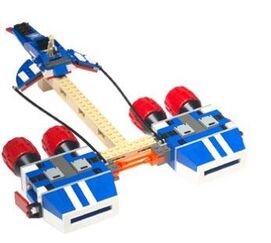 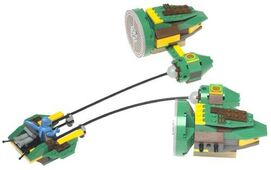 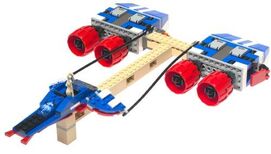 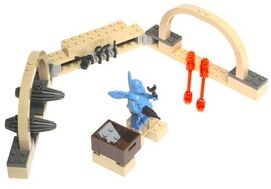 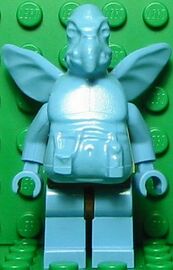 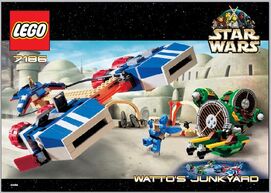 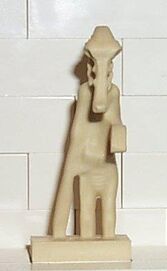